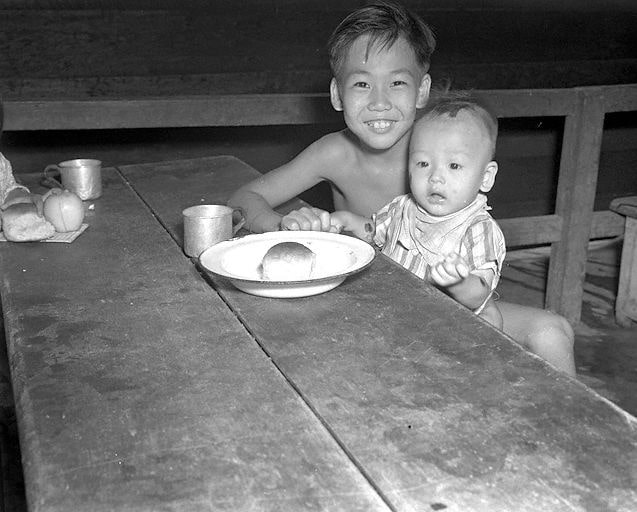 Today, there are over 1,300 childcare centres in Singapore. The Child Welfare Society started two crèches in the 1930s to help low-income mothers care for and feed their children

The Feeding Centres evolved into multi-function Children's Social Centres providing informal schooling, child and after-school care for children from low-income families . This kept them from undesirable activities .
After the war, the Child Welfare Society restarted the two pre-war crèches for low-income families. Daily fees were as low as 10 cents ! However, the Society was unable to continue operating the crèches due to financial constraints. So they asked the Social Welfare Department (SWD) to take over. And that was how the SWD came to run crèches in 1949. By 1964, the SWD was running 10 crèches .

When family income had increased by the mid-1960s, the income ceiling for crèche enrolment was raised from $300 to $400 per month. Subsequently, the income ceiling was removed for all working mothers in 1975 . But fees for low-income families were kept low or waived for hardship cases.

In the 1970s, as more women joined the workforce, the Ministry of Social Affairs roped in NTUC and industrial establishments to help run crèches. By 1979, ten crèches were handed over to NTUC. Today, NTUC runs more than 120 childcare centres.

To better support working parents, the Government has since taken on a larger role in ensuring childcare remains accessible, affordable and of good quality . Reflecting the government's priorities to ensure a good start for every child, the Early Childhood Development Agency (ECDA) was established in 2013 to regulate and develop the early childhood sector, which covers both childcare centres and kindergartens in Singapore.


By Ministry of Social and Family Development. Published December 2017.