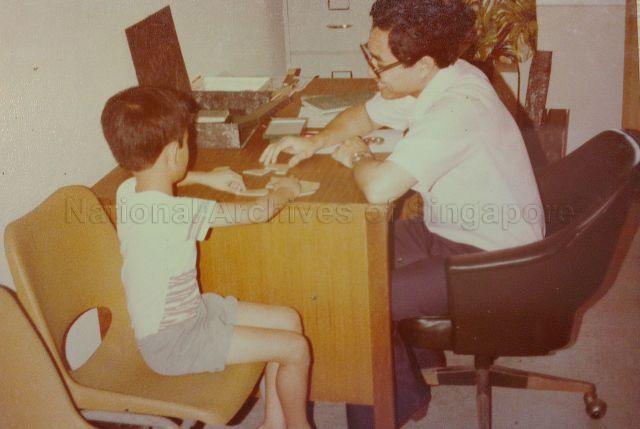 Child Guidance Clinic - 50 Years On And Beyond "Guidance"

What's in a name? Plenty, especially in the case of Child Guidance Clinic.


The child guidance movement, a precursor to child psychiatry, gained ground in the West from the 1920s. It saw child guidance clinics set up worldwide to treat maladjusted children, prevent juvenile delinquency and foster educational interventions. In Singapore, plans for such a clinic started in the 1950s as the country rapidly urbanised. The Woodbridge Hospital (now Institute of Mental Health) made a modest start in 1968 with a part-time child guidance service .

Two years later, a Child Guidance Clinic (CGC) was set up to better understand, manage, and prevent mental health issues in Singapore youth. Public awareness and perception of mental illness then was quite simplistic. Children with mental health issues were often thought to be "backward", "dull" and "temperamental" or victims of demonic possession, and their families had difficulties managing them . To reduce the stigma of mental illness and make the service more accessible to the public, the CGC operated as a separate unit outside Woodbridge Hospital on the Outram Road General Hospital grounds at 4 College Road .

From the beginning, the CGC focused on helping the whole family, not just the child. The majority of cases it saw were children with behavioural, emotional and interpersonal issues, often stemming from dysfunctional family dynamics and parenting styles. A multi-disciplinary team approach was employed to address these issues, with services like counselling and therapy .

Dr Wong Sze Tai, the first head of the CGC, was concerned that the CGC's role would be misconstrued as only providing guidance to parents and teachers on dealing with difficult children . To emphasise that it provided comprehensive mental health services, including assessment, diagnosis and treatment, he renamed it the "Child Psychiatric Clinic" (CPC) in 1972. Dr Wong also proposed broadening the services of the clinic with an inpatient unit for children . However, the Ministry of Health felt that children requiring inpatient care could be accommodated in paediatric wards, without the stigma of a psychiatric ward .

In 1974, Dr Wong proposed re-locating the CPC within Alexandra Hospital to work more closely with the hospital's paediatricians and support the CPC's multi-disciplinary approach. However, plans changed in 1979. The then-Minister for Health Dr Toh Chin Chye recommended re-locating it to the Institute of Health (IOH, now known as Health Promotion Board, HPB). This would allow for greater synergy with the School Health Services (SHS) and Clinical Psychological Testing Services to promote mental health and detect issues early.

This partnership with SHS continues today. In 1982, the CPC's services expanded to include an inpatient unit in Woodbridge Hospital to care for serious cases.

In 1996, 24 years after the clinic was renamed CPC, it reverted to its original name, "Child Guidance Clinic" based on feedback from patients and clients that the term "Guidance" carried fewer negative connotations and better reflected the nature of most cases seen in the clinic . The clinic was re-organised into the Department of Child and Adolescent Psychiatry in 1993 , and subsequently into the Department of Developmental Psychiatry in 2018. With an inpatient unit at IMH and clinics at HPB and IMH, it offers a comprehensive range of psychiatric, rehabilitative and counselling services for children under the age of 18 with Autism, Attention Deficit Hyperactivity Disorder (ADHD), and mood/anxiety disorders. It also works closely with schools, community partners and government agencies to meet youth mental health needs.