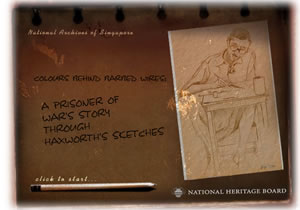 "Colours Behind Barbed Wires: A Prisoner of War's story through Haxworth's sketches"

The capture of Singapore by the Japanese on February 15, 1942 marks the beginning of a life of terror and suffering for the many British soldiers and allies who fought tooth and nail to preserve Singapore. Until the British liberated Singapore in September 1945, these soldiers and allies lived as Prisoners of War (POWs) under the Japanese Occupation. A British civilian POW, W R M Haxworth, willed that the plight of the POWs must never be forgotten and began chronicling the lives of POWs in the form of sketches. Developed in conjunction with the National Heritage Board, "Colours Behind Barbed Wires : A Prisoner of War's Story Through Haxworth's Sketches" is an online exhibition depicting the living conditions of the POWs interned at Changi Gaol, now known as Changi Prison. 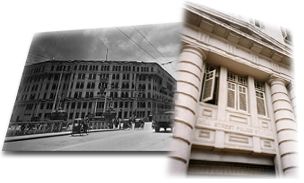 This exhibition traces the history and development of the OHSPS from its completion in 1934 to 2000. 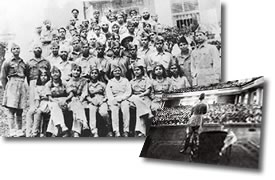 With its beginnings in Singapore during World War Two, the Indian National Army (INA) was formed to liberate India from British rule. Although the military campaigns did not lead directly to India's Independence, the postwar trials of INA officers served as a catalyst for India's Independence in 1947. This exhibition shows the historical journey of the INA and its role in India's struggle for freedom. The INA episode demonstrates the common cause that was forged in the 1940s between the nationalists in India and their compatriots in Southeast Asia. 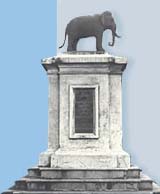 Developed jointly by the National Archives of Thailand and Singapore, the exhibition traces the two countries' historical links dating back to 1800. Tapping on rich archival collections, "Ode to Friendship" showcases visits by Thai royalty and officials from both countries which led to a solid foundation for the strong ties that both countries enjoy today. 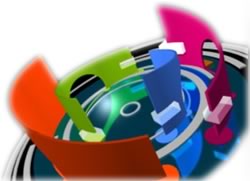 This online exhibition is depicts the foundation theme of the National Day Parade (NDP) 2001 - "Knowledge and Creativity". It showcases Singapore's talents and creativity in the areas of education, science and technology, business and the arts. Each section highlights acts and products of innovation, as well as, the challenges faced and how they were overcome.