The idea to promote sporting greatness in Singapore is not new. More than 50 years ago in December 1964, Singapore organised its inaugural Pesta Sukan or “Sports Festival” which saw some 2,000 sportsmen from the Federation of Malaysia compete in friendly competitions as part of the Federation’s efforts to “encourage higher standards and greater interest in sport” while also promoting racial harmony at the same time. Renamed “Pesta Sukan Minggu Merdek” (Sports Festival Week Of Independence), the sports festival continued even after Singapore gained independence and soon become an annual feature as part of the National Day celebrations from 1966 to the 1970s. Our sporting scene has since flourished, producing numerous sporting heroes over the years.

The reception after winning the Malaysia Cup

Representing Singapore at the SEAP Games

4. Oral History Interview with Lau Teng Chuan, Former Secretary-General of the Singapore National Olympic Council and widely known as the father of physical education in Singapore
Acc No. 1888

Representing Singapore at the SEAP Games

On 3 October 1993, Prime Minister Goh Chok Tong launched the Great Singapore Workout at the Padang. Formed as part of the National Healthy Lifestyle Programme, this low-impact 15-min aerobic fitness routine was created to promote the message that exercise is key in maintaining a healthy lifestyle. During the launch, a total of 26,107 participants took part, earning the Republic a mention in the Guinness Book of Records for the largest aerobic session held in one location.

The second edition of Pesta Sukan or “Festival of Sports” was held from 29 July to 9 August 1965. Organised by the Ministry of Social Affairs, the 12-day meet saw about 4,000 athletes across 11 Asian countries and Singapore compete in over 700 games such as archery, karting, sepak raga, chatek, fencing and bowling. For the cycling events, which was held around the Padang-district, Singapore cyclists took home the top honours for all five events: 1,000km massed – start sprint; 1,600km massed-start, 4,800km massed-start, 10,000km massed-start and the 4,800km team trial.

3. Berita Singapura: Adventures In Swimming: In The Swim
Date: 1974
Acc No. 2009003975
Ministry of Education, courtesy of the National Archives of Singapore

This programme teaches students about swimming. In this particular clip, a coach is conducting swimming lessons to eight children at a public pool in Singapore. Among the swimming techniques he is teaching, is to float on one’s back with the help of a swimming buddy. 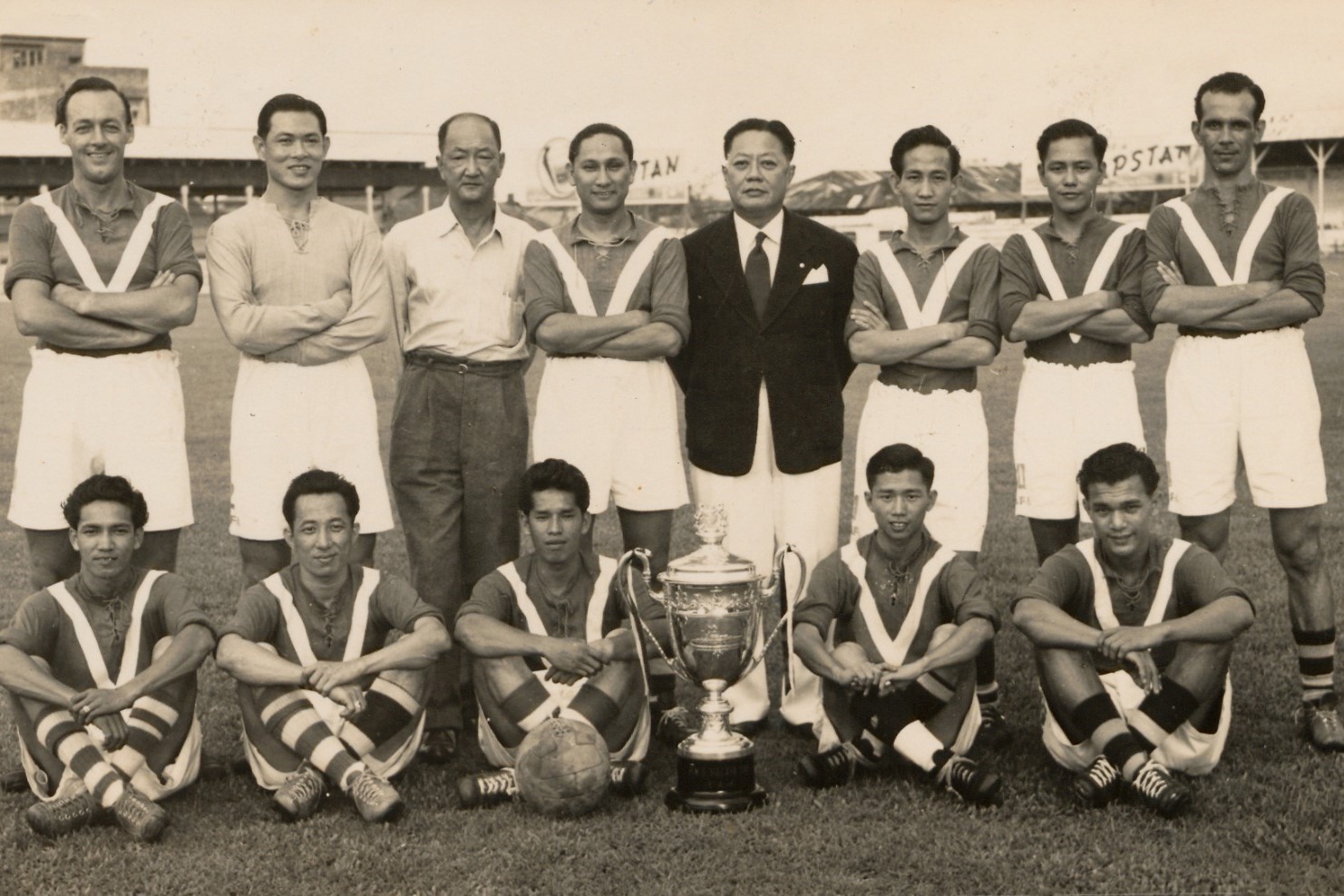 1. Group photograph of the Singapore Team that beat Penang 3-2 and won the Malaya Cup in 1952.
Chia Boon Leong Collection, courtesy of the National Archives of Singapore 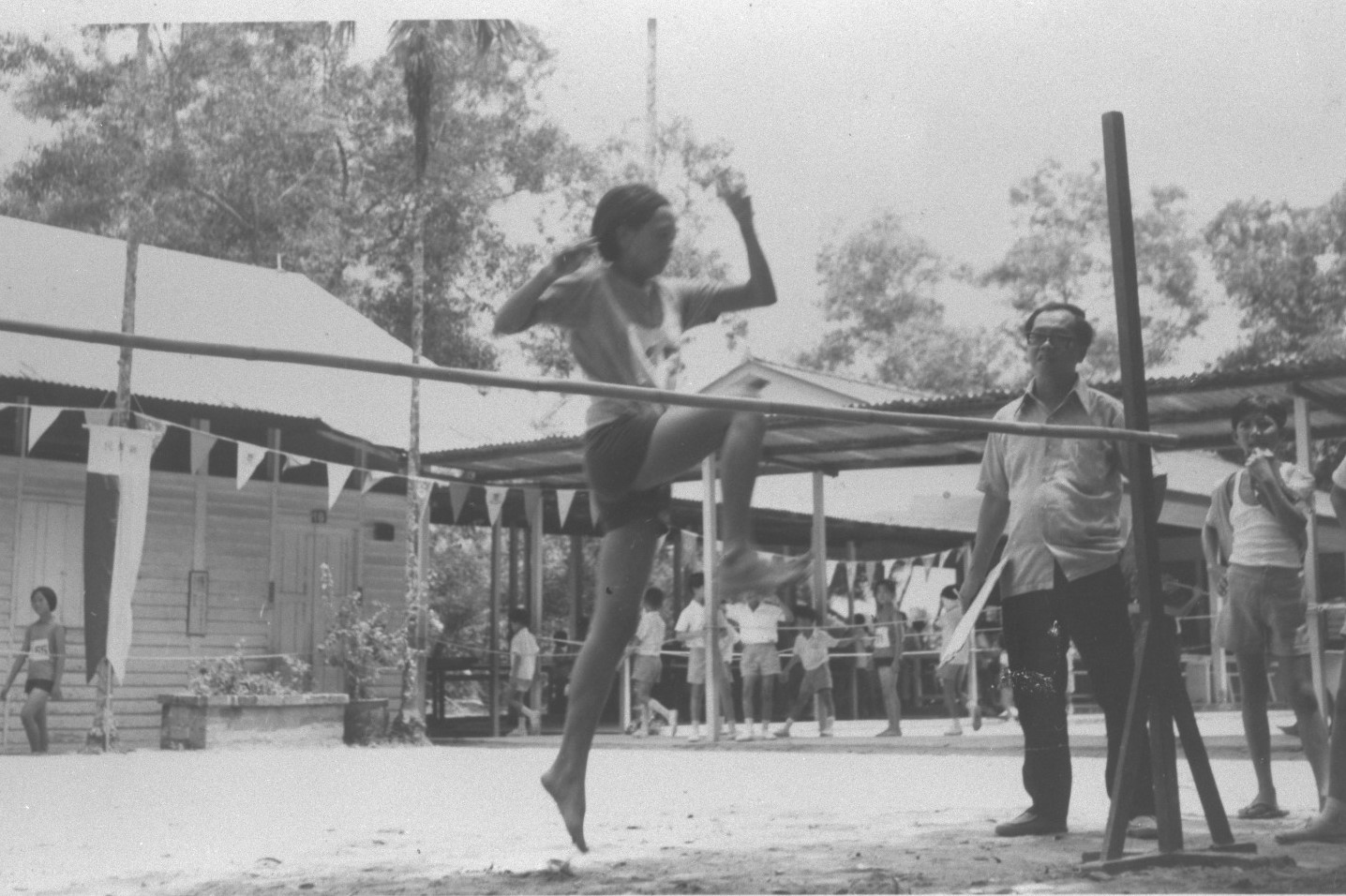 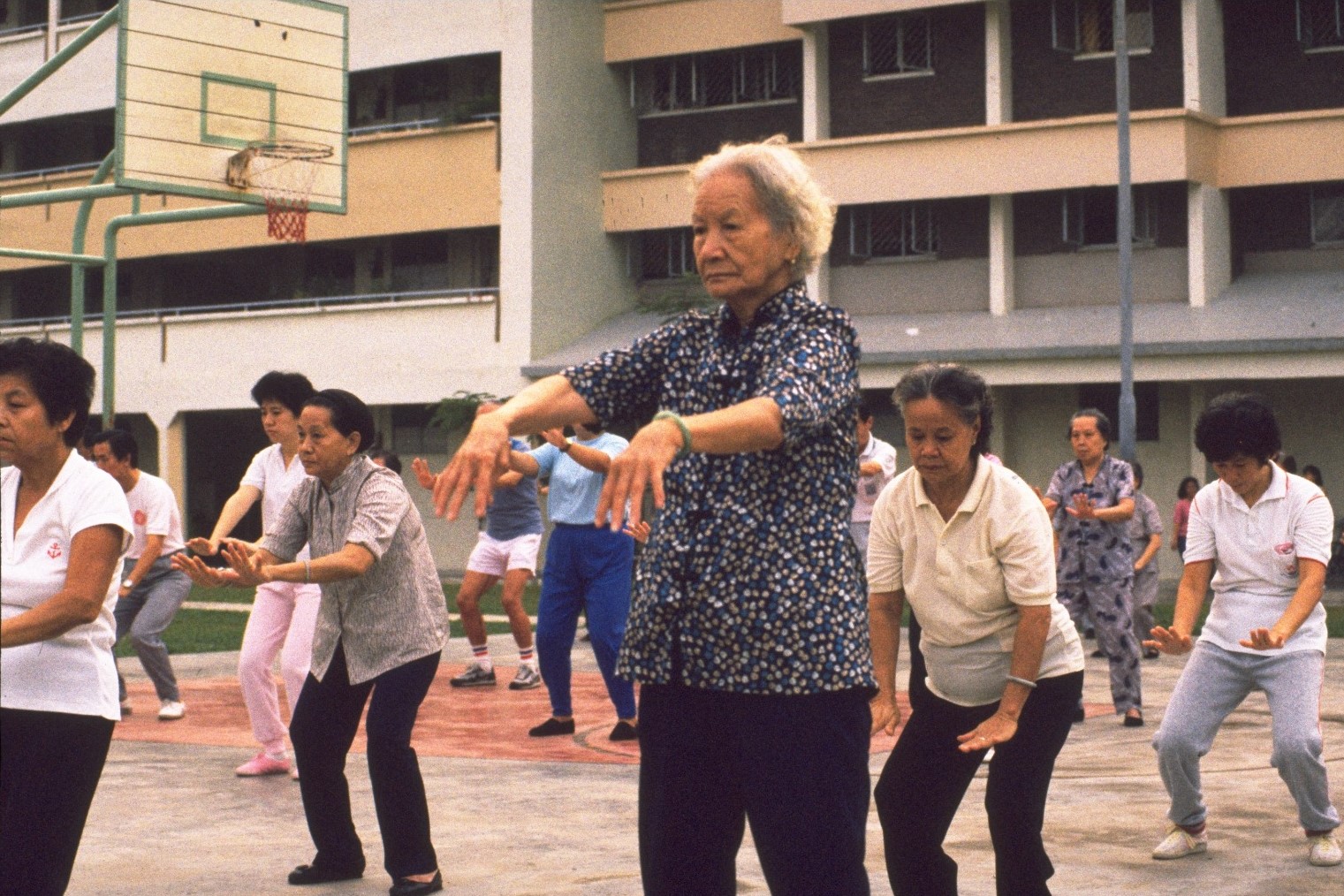 3. Fitness for life – a group of mostly seniors practising qigong at Bukit Batok estate in the 1980s.
Ministry of Information and the Arts Collection, courtesy of the National Archives of Singapore