This August, Singapore will experience a National Day like no other as we celebrate together in the face of a global pandemic. However, did you know that this would not be the first time we’ve experienced a National Day that is out of the ordinary?

A united effort to pull off the National Day parade, for performers and spectators alike 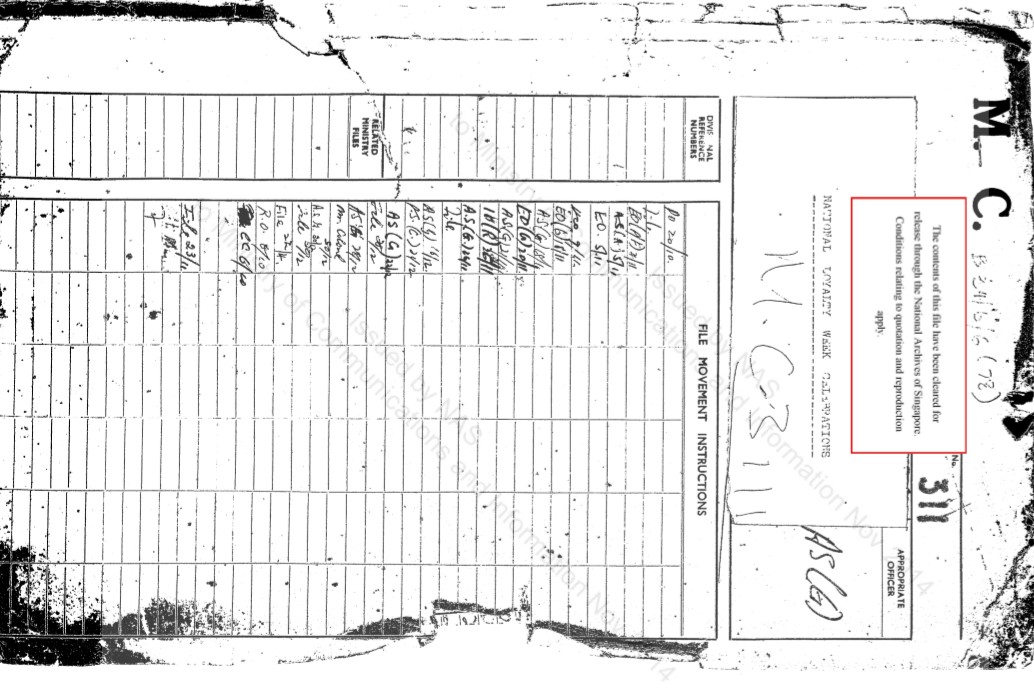 As part of the National Loyalty Week (NLW), the Government staged a week-long exhibition, "People's Government at Work" . The Exhibition was just one of the activities organised to celebrate NLW and the installation of the first Malayan Head of State (Yang di-Pertaun Negara) on 3 December 1959. Other activities included a march past and a float procession. The Ministry also scheduled activities for the Prime Minister, Deputy Prime Minister, and all the other ministers to participate during the NLW. 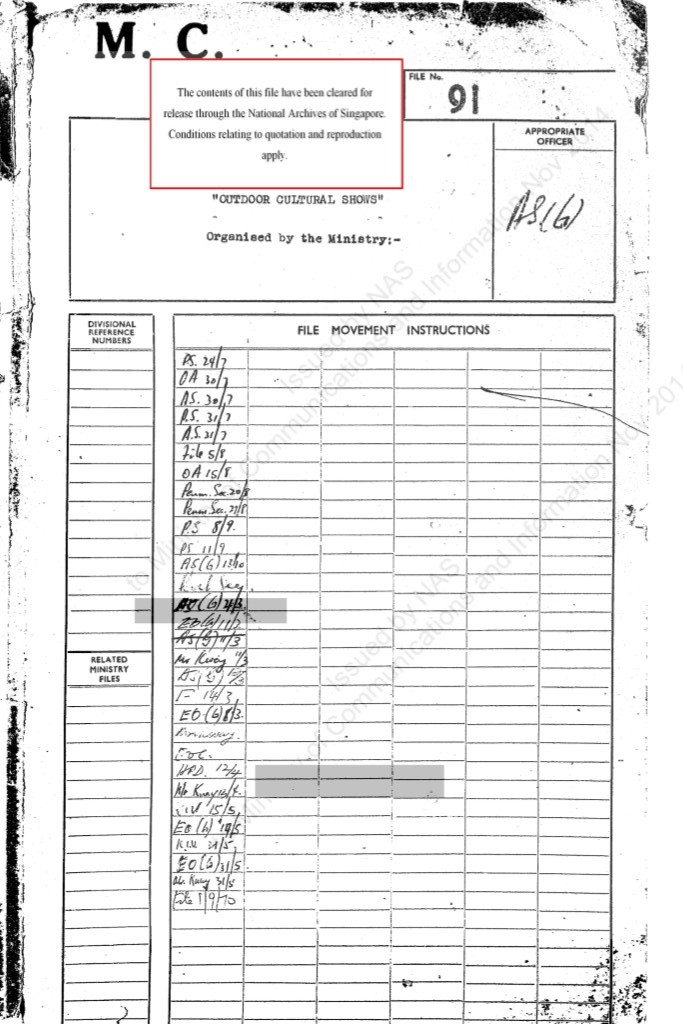 The Ministry of Culture organised the first outdoor concert as early as 1959. The Ministry created specific events and activities to promote nation-building, enhance inter-cultural awareness, racial understanding and bonding among the four main races (Malay, Chinese, Indian and Others). For instance, working with different cultural organisations, agencies and schools, it launched a series of Aneka Ragam Ra'ayat concerts - People's Cultural Concerts, held at open-air venues such as the Padang and the Botanic Gardens. 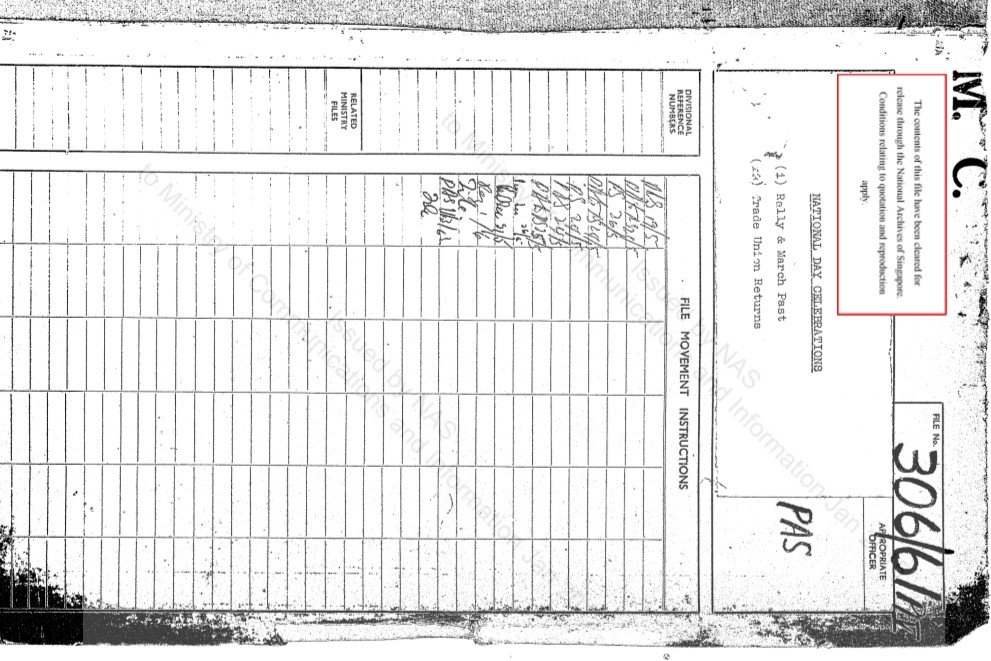 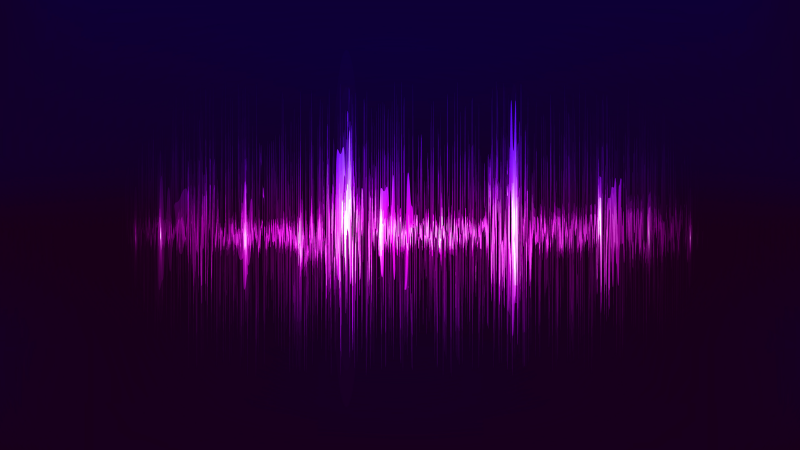 This 1962 radio programme looks at nation-building through various cultural and arts activities, services and facilities developed for the people of Singapore. Examples include Aneka Ragam (the people's variety concerts), the Cultural Festival 1982, Malay as the national language, the introduction of television broadcasting by early 1963, the setting up of the National Theatre, the National Museum and the National Library.

This episode looks back on 3 December 1959, when Singapore's symbols of state were officially installed. It examines the prevailing sentiments of the time, and the necessity for and significance of the symbols. 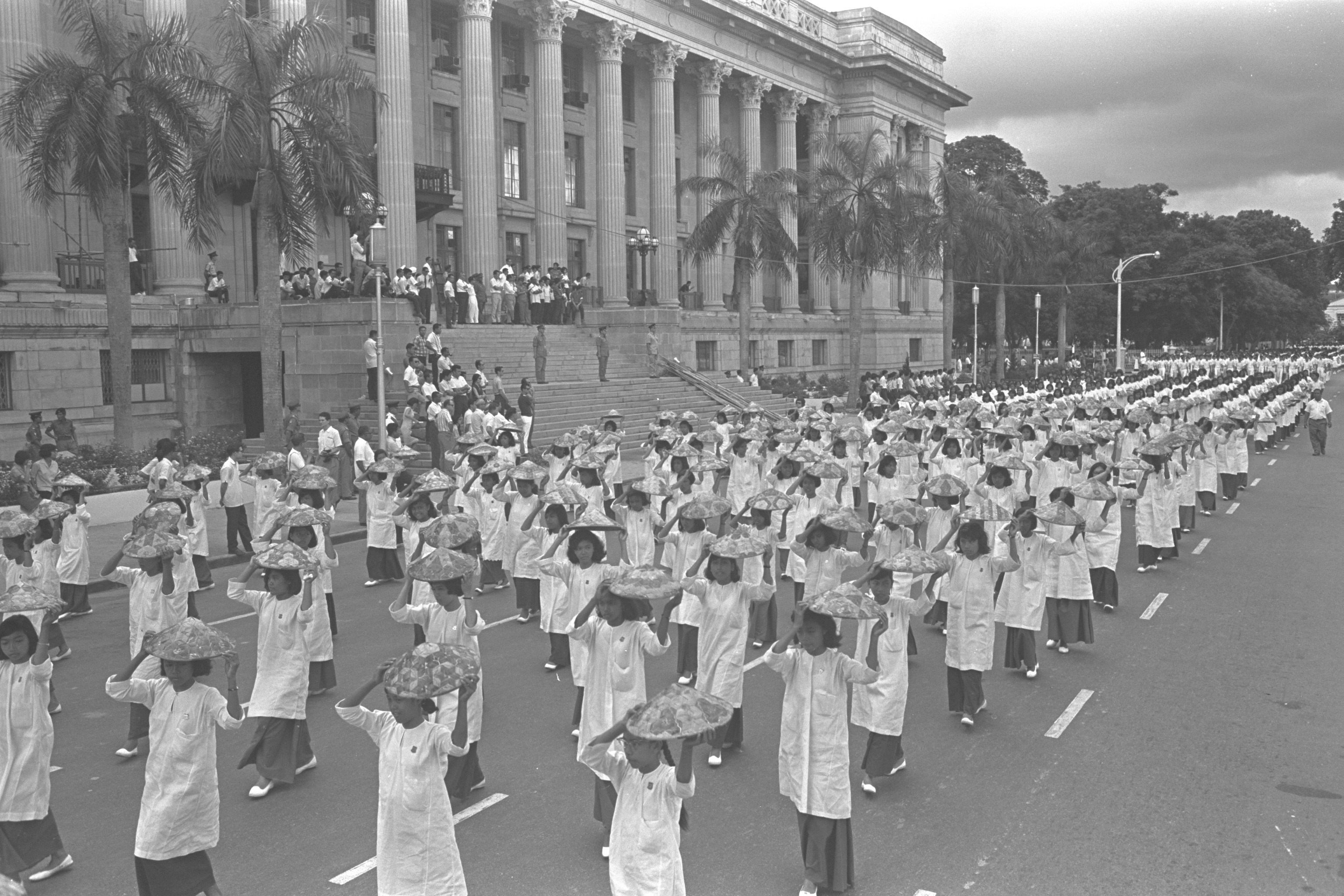 1. The inaugural National Day Parade was held in front of City Hall in 1966 a year after Singapore’s separation from Malaysia on 9 August 1965. This photograph shows students rehearsing Malay dance.
Ministry of Information and the Arts Collection, courtesy of the National Archives of Singapore 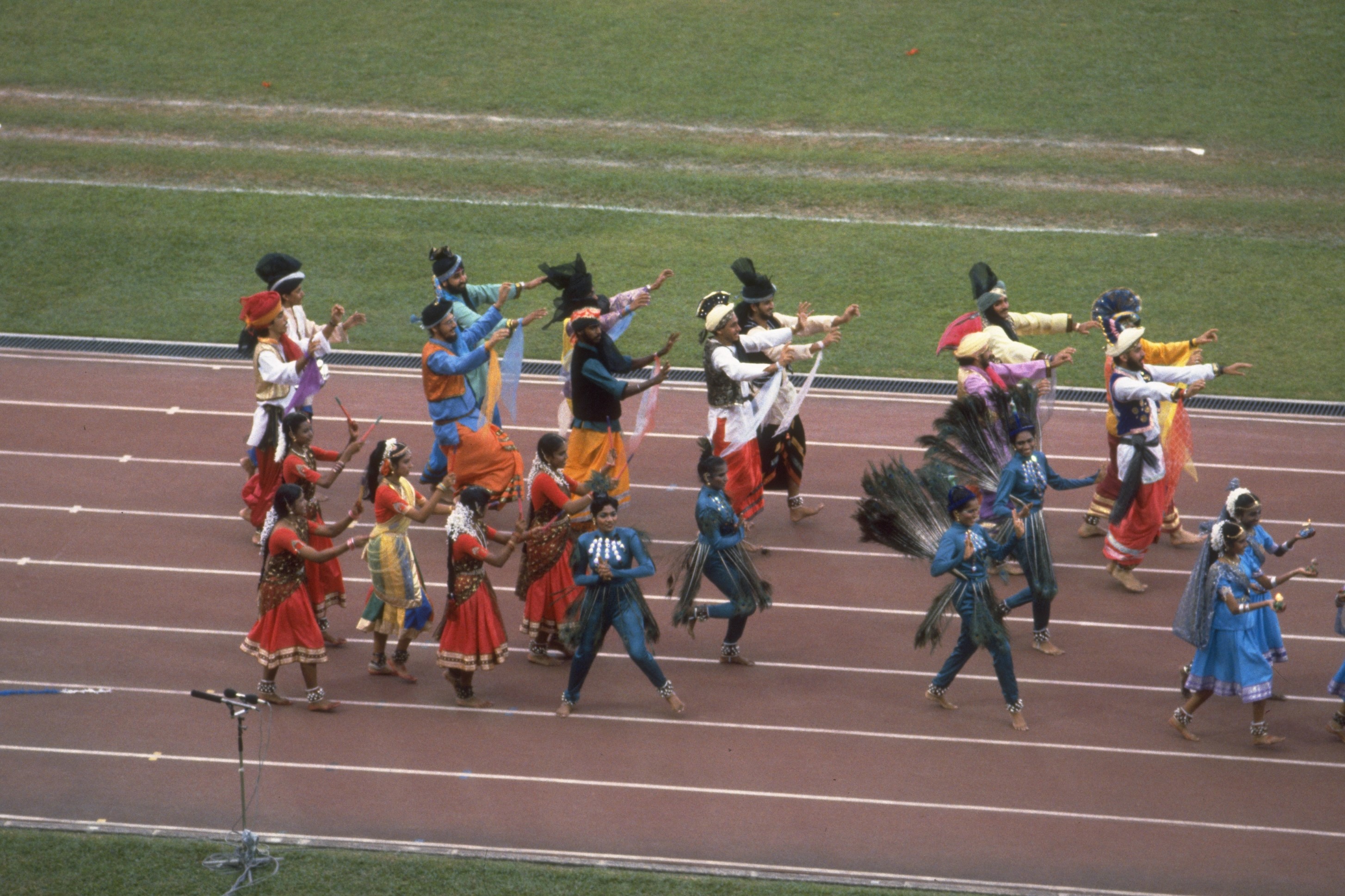