Think Singapore Airlines and one invariably thinks of excellent service and the iconic sarong kebaya uniform worn by its air stewardesses. First debuted in the 1970s, the Singapore Airlines sarong kebaya started a batik prints trend among women during the time. In the 1980s, fashion came in bolder styles and colours. Men were sporting heavily gelled coiffured hairstyles and women wore shoulder pads, aerobics-inspired fashion and glittering makeup. Fashion in Singapore has evolved over the decades and with today’s omnipresence of social media platforms such as Instagram, e-commerce and fast fashion, trends and fads are changing at an even faster pace.

The ‘Life & Times’ series focussed on people, places and events in both Singapore’s past and present. This episode features an aspiring local designer who engages dressmakers to help cut and sew her designs into clothes. The young designer’s clothes are daring and different and are popular with the young and young at heart. Her clothes attract shoppers who otherwise would have bought from more expensive labels.

Take a peep into the preparations leading up to the inaugural Singapore Fashion Week which is set to launch on 5 April 1987. Organised by the Singapore Tourist Promotion Board and the Singapore Textile & Garment Manufacturers’ Association, fashionistas can look forward to seeing top designers from Singapore and the region showcase their designs. In this new clip, the audience gets to see a preview of a catwalk which is one of the highlights at the Singapore Apparel 1987, an exhibition featuring displays of garments and accessories by 70 companies.

3. Home Economics - A Vital Force: You And Your Clothes
Date: 1974
Acc No. 2006003087
Ministry of Education, courtesy of the National Archives of Singapore

This programme helps Secondary 3 students to prepare for future job interviews. It teaches techniques that will enhance their looks, proper formal wear, and introduces different fabrics and styles for different occasions. 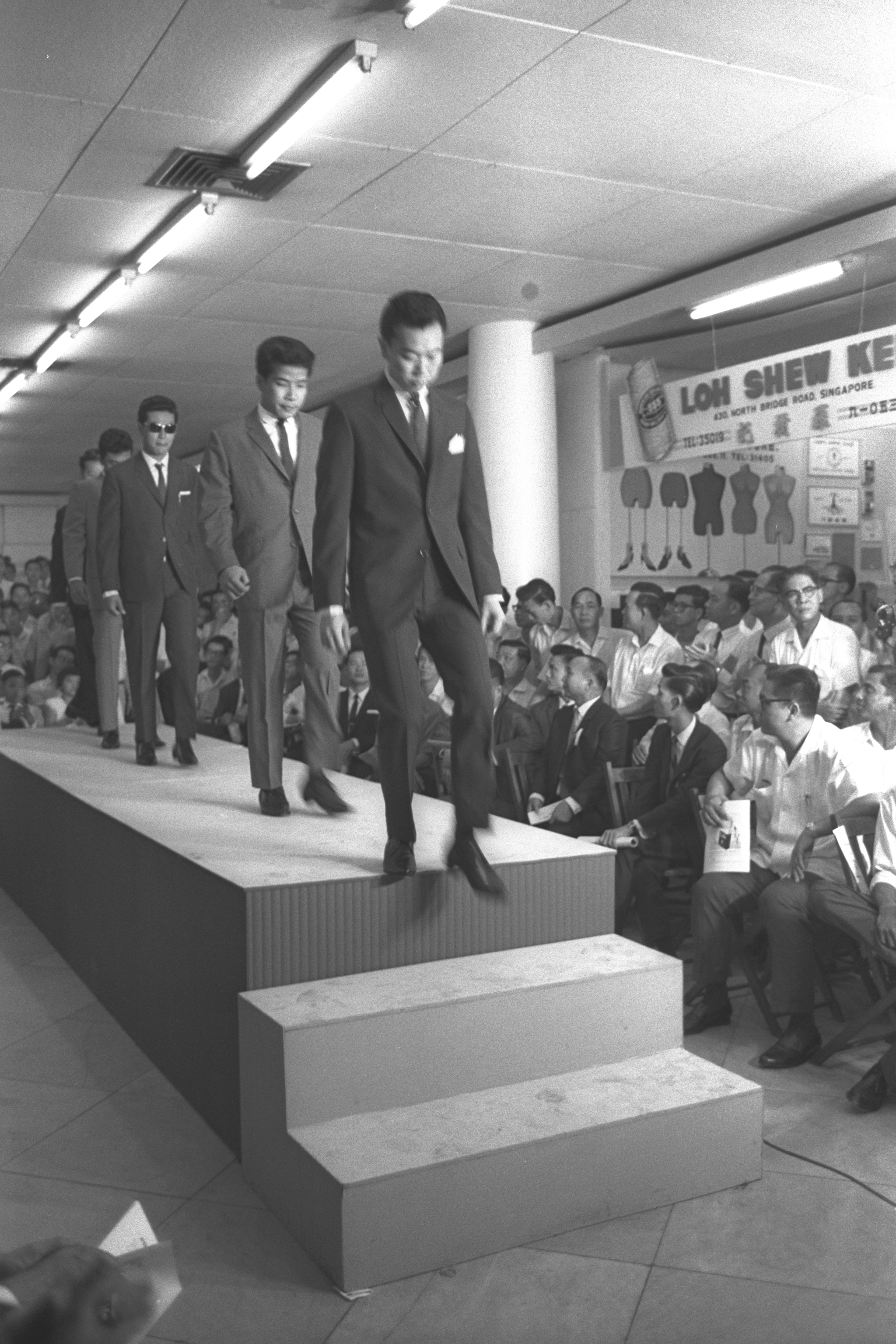 1. Men’s fashion show organised by Hean Yuen Merchant Tailor Association at Victoria Memorial Hall in 1964. The show was opened by Minister for Labour Jek Yeun Thong.
Ministry of Information and the Arts Collection, courtesy of the National Archives of Singapore 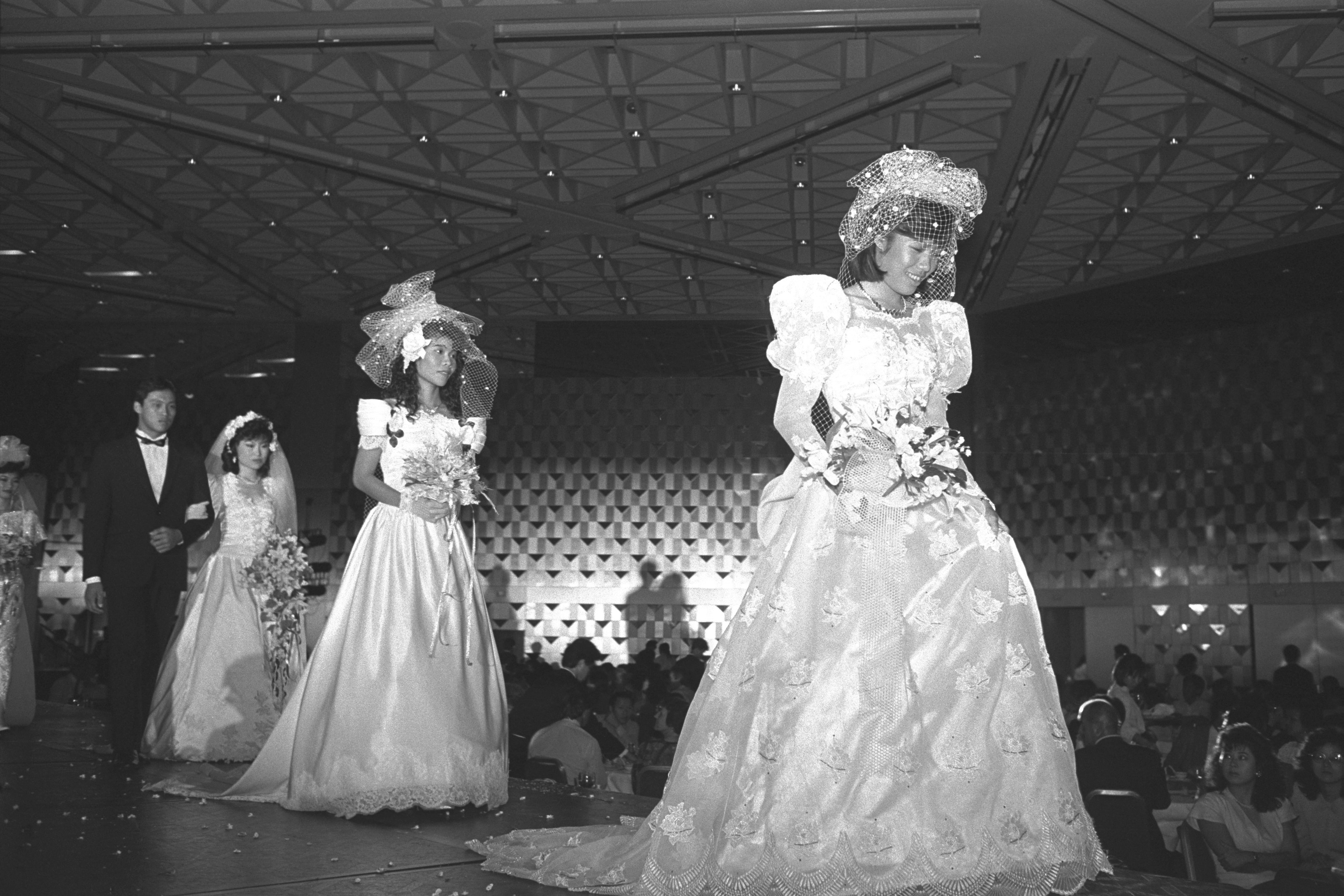 2. East-West Bridal Show in aid of Community Chest of Singapore at Westin Stamford Hotel in 1987.
Ministry of Information and the Arts Collection, courtesy of the National Archives of Singapore

The fashion styles of the past

Change in mindset over the years with regards to bridal wear 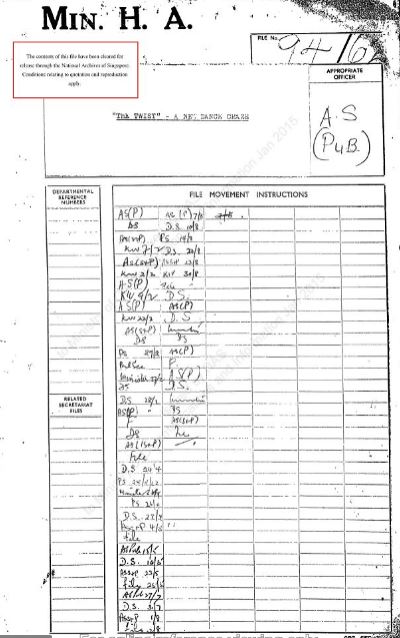 As part of efforts to stamp out undesirable behaviours which may be in fashion, Ministry of Home Affairs decides to discourage public performances of the new dance craze, "The Twist", such as in cabarets and to delete dance sequences in films. The Ministry later relaxes its stand and allowed the public entertainment licence for a "Twist Dance Competition" after the craze for the dance has subsided. 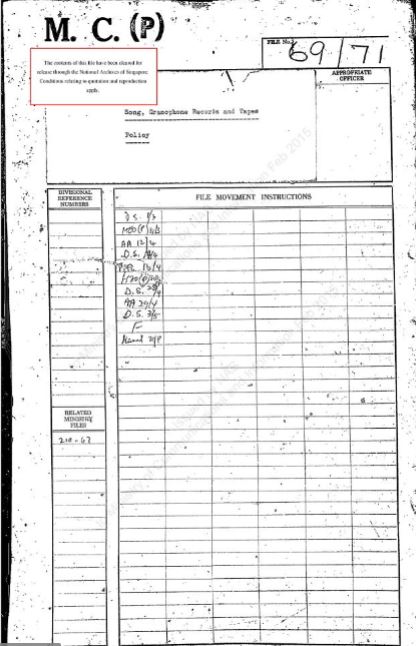 The file shows the government’s concern about the impact of hippy music on our youth. The gramophone record containing all 26 songs of the original cast recording of the Broadway rock musical production, 'Hair', was detained in 1969 because of its 'hippy culture' theme (including long hair being frowned upon), though instrumental records were released by both the Advisory Committee and the Minister.