The Battle of Singapore, which took place in 1942, saw the capture of Singapore by the Japanese and the largest British surrender in history. With an effective attack strategy and mastery over their arsenal, the Japanese forces triumphed on air and at sea, sinking both the HMS Prince of Wales and battlecruiser HMS Repulse on 10 December 1941. The Imperial Japanese army also covered huge tracts of ground on bicycles, taking the British by surprise on land.

Find out more about this period of our history and how it has shaped how we remember every 15 February since, with the National Archives of Singapore’s curated selection of photographs, audio visual clips and oral history interviews.

This archival footage shows Lieutenant-General Arthur Percival leading a British delegation to the Ford Motor Factory on Upper Bukit Timah Road. It was in the factory’s boardroom where Percival surrendered Singapore unconditionally to Lieutenant-General Tomoyuki Yamashita of the Imperial Japanese Army on 15 February 1942. Today, the historic Former Ford Factory houses a permanent gallery exhibition. Titled Surviving the Japanese Occupation: War and its Legacies, this World War Two exhibition which is presented by the National Archives of Singapore, documents the fall of Singapore and the experiences of those who lived during the dark days of the Japanese Occupation.

15 February 1992 marked the 50th anniversary of the fall of Singapore. This news report features the memorial services held at the Kranji War Memorial and the Cenotaph, which were attended by war veterans, ex-Prisoners-of-War, and family members of those who died during the war.

Launched in 1984, ‘Total Defence’ drives home the message that every Singaporean has a part to play in the security and defence of the country – be it in the areas of Military, Economic, Civil, Social, Psychological or Digital defence. Total Defence Day is observed on 15 February every year, on the anniversary of Singapore’s surrender during World War II. This news report shows some of the activities held in schools to commemorate the occasion. 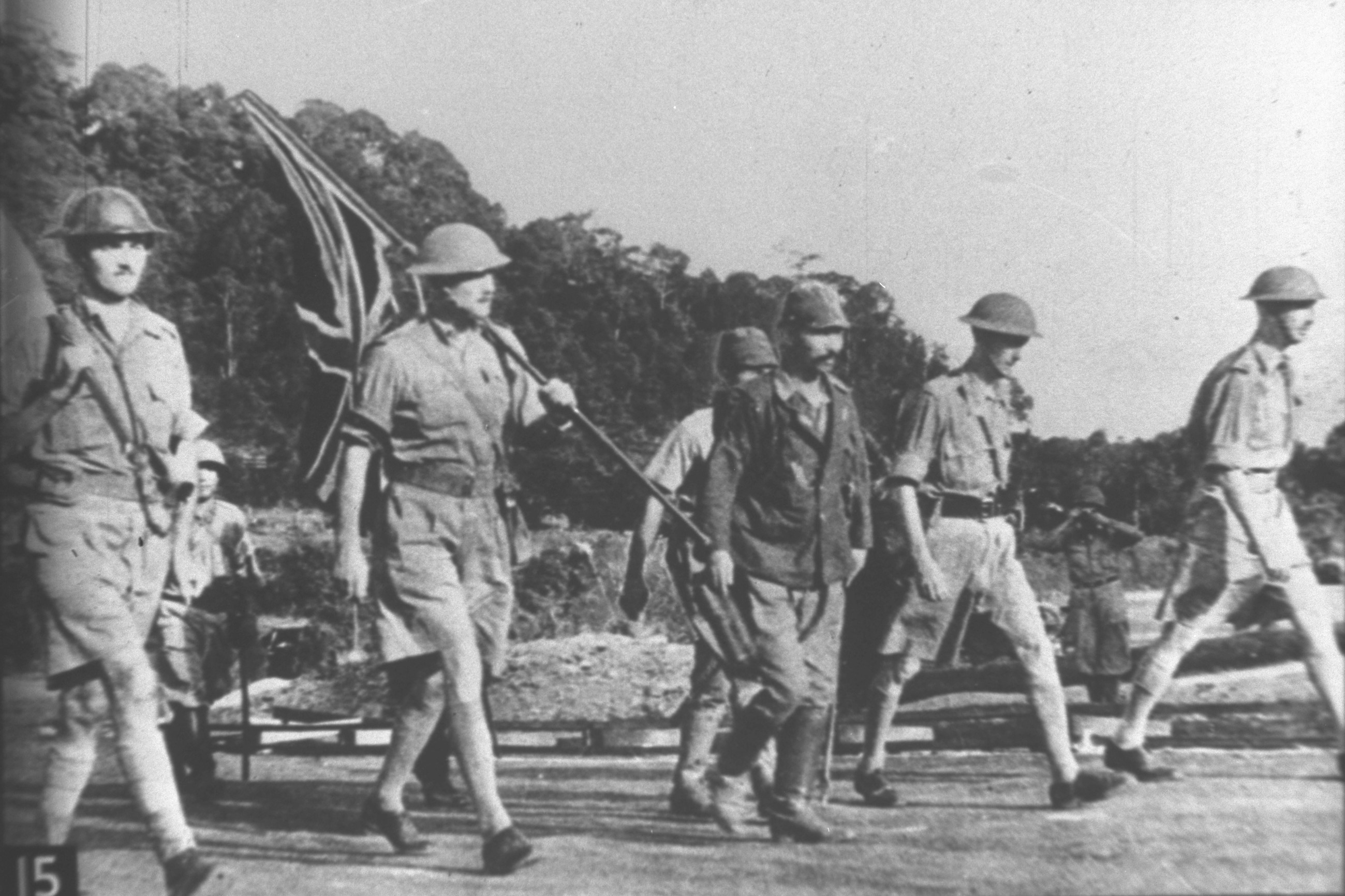 1. Lieutenant General Percival (right) and other British officers on the way to Ford Factory at Bukit Timah to surrender, marking the beginning of the Japanese Occupation of Singapore.
Quah We Ho Collection, courtesy of the National Archives of Singapore 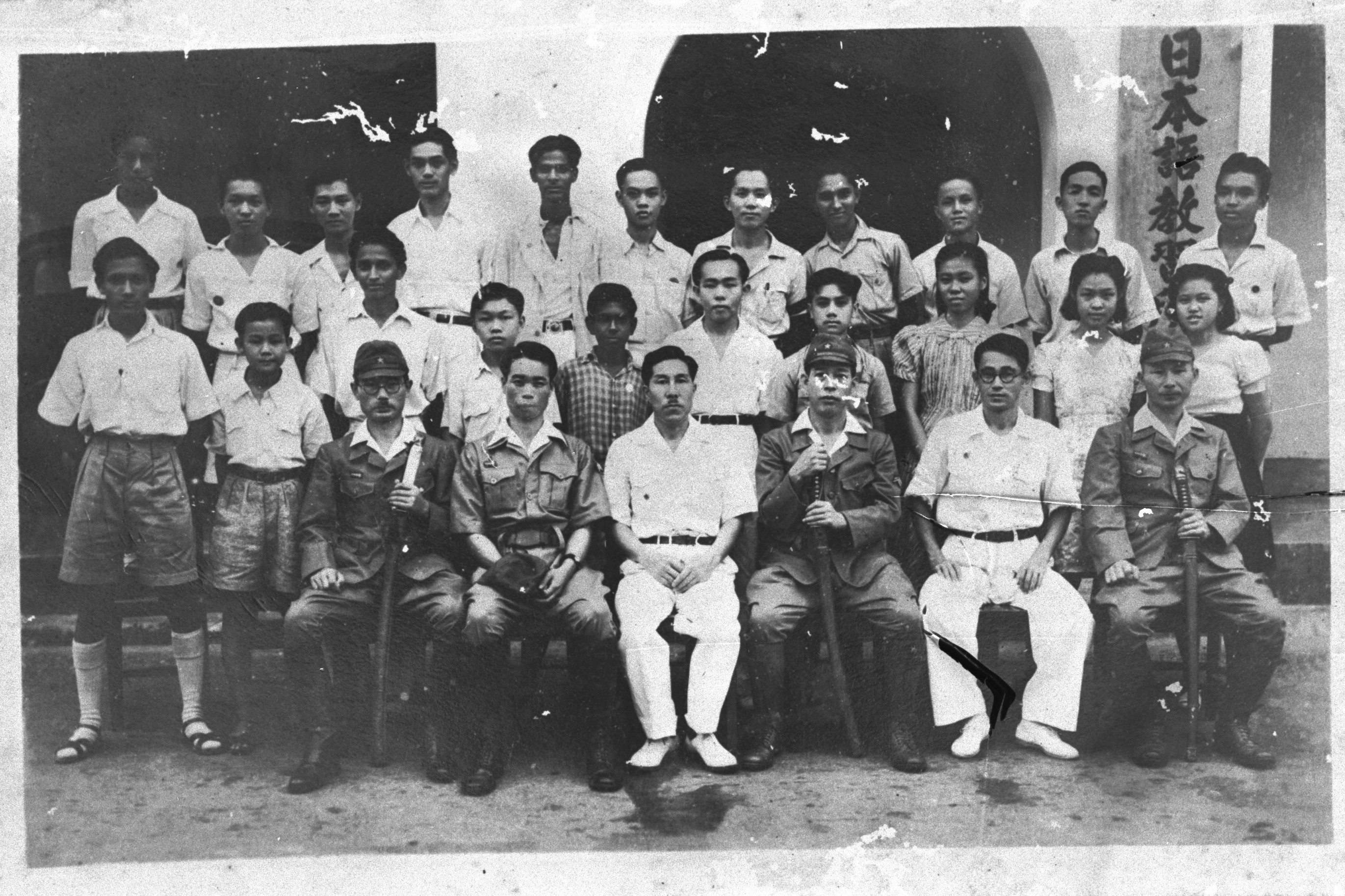 2. Group photograph of a Japanese language class during the Japanese Occupation. During this period, some schools were converted into Japanese language schools as the people of Syonan were encouraged to learn Japanese.
Soh Chuan Lam Collection, courtesy of the National Archives of Singapore

The situation in Malacca at the Bukit Asahan Malacca Rubber Co. Ltd. estate, when the British surrendered

The first air-raid by the Japanese over Singapore, and the description of air-raid shelters where she lived in Katong 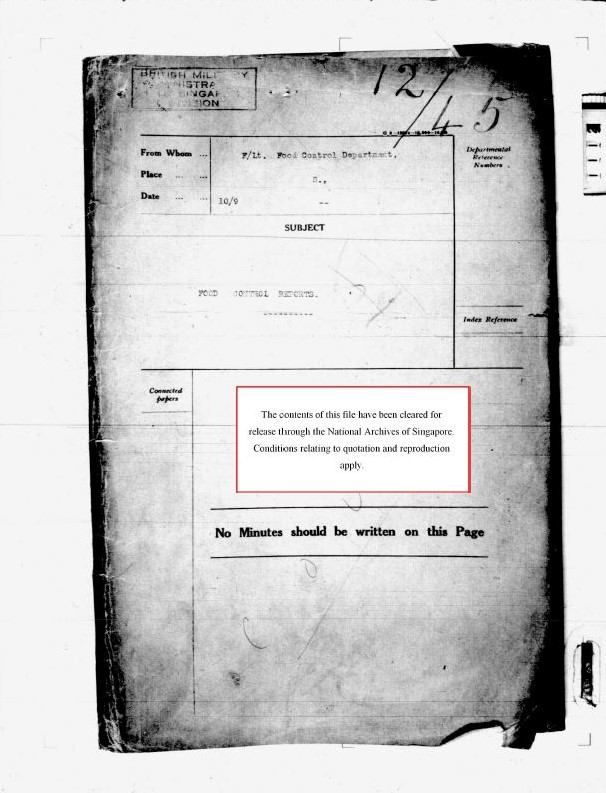 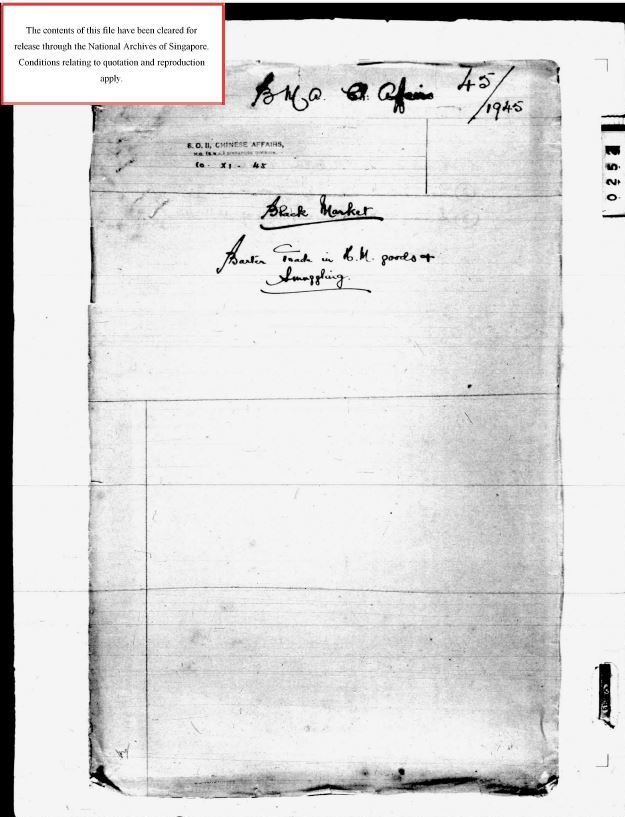 This file describes the black market situation for essential items including food after the Japanese Occupation.